A motorcyclist aged 27 has sadly died in hospital after being involved in an accident on Queensway, Llanwern.

A spokesperson from Gwent Police said: ”

A Gwent Police spokesperson said: “We received a report of a road traffic collision on Queensway, Llanwern, Newport, at around 7.10pm on Thursday, June 16. “Officers attended, along with paramedics from the Welsh Ambulance Service, and the collision involved a motorcycle. The motorcyclist, a 27-year-old man from the Cardiff area, later died in hospital.

Anyone with information about the collision is asked to get in touch with us. We’re asking for anyone who was on Queensway between 6.45pm and 7.30pm on Thursday, June 16, or those with CCTV or dashcam footage to call us on 101 or send us a direct message on Facebook or Twitter, quoting log reference 2200202186, with any details. Alternatively you can call Crimestoppers anonymously on 0800 555 111.” 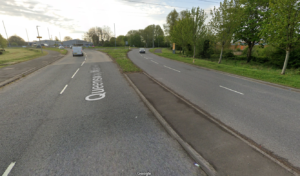 Latest from all network sites for Wales