Gwent Police received a report of a sudden death in Beaufort, Ebbw Vale at around 5.55pm on Saturday 8 January after a quad biker was found unresponsive by a member of the public on a cycle path.

Doctors later confirmed the man, 25, had died and his next of kin have been informed.
Officers assisting the coroners are asking for any witnesses or anyone with CCTV or dashcam footage from Canterbury Road to call 101 or message, quoting log reference: 2200008080.

The death is not being treated as suspicious at this time. 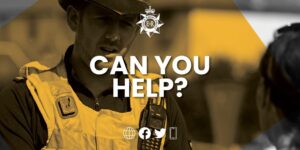 Do you want to write an article or blog for www.magazine.wales or any of the news websites for Wales? Contact us.  Email: [email protected]

Latest from all network sites for Wales